Recently, a piece of news in the technology circle that BOE will mass-produce flexible screens has almost dominated the screen. Hotspots said that BOE announced that the first flexible OLED panel production line in China will be mass-produced in Chengdu. More than ten customers including ASUS have delivered AMOLED flexible screens.

The latest emerging wallpaper-type OLED (Organic Light Emitting Diode) display panels will let hard glass screens say goodbye and open a new era of flexible display technology. The leap-forward development of flexible screens and the rapid advancement of technology, can it be as users expect: a new generation of foldable flexible smartphones and smart wearable products has arrived in full swing? In fact, a technological breakthrough does not represent an overall breakthrough. The launch of a new product needs to go through repeated trials by many parties. Only when the technical performance of various aspects matures can it reach mass production and market launch. 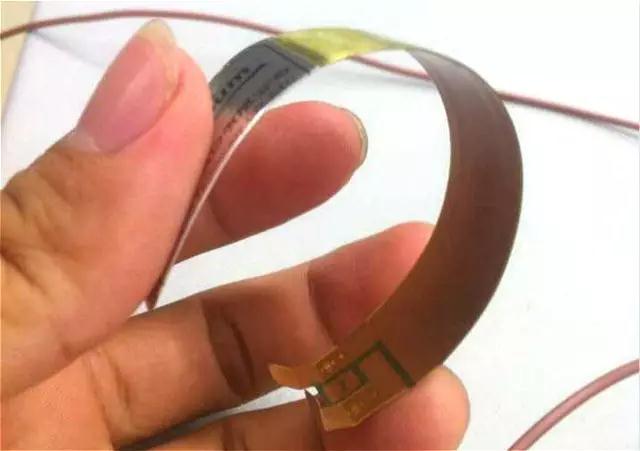 A startup in California is developing a flexible rechargeable battery. This battery can be cheaply printed on common industrial screen printers. The company, Imprint Energy, has tested ultra-thin zinc polymer batteries on wrist-worn devices, hoping to use the batteries in new electronics industries such as wearable electronics, smartphones, medical products, smart labels and environmental sensors.

Ultra-thin zinc polymer batteries, while ensuring the safety of human applications, are designed to replace bulky lithium-based batteries with small size and flexibility. Even in small formats, this battery can provide enough current for low-power wireless communication sensors and distinguish it from other types of thin batteries.

The batteries used in most laptops and smartphones contain lithium metal, and because of their high reactivity, they must be protected by increasing their size and volume.

Although metal zinc is more stable, the water-based electrolyte in traditional zinc batteries causes zinc to form dendrites and branched structures, which can develop from one electrode to another, causing short circuits.

The ultra-thin zinc polymer battery is based on the company's co-founder Christine Ho, who developed a solid polymer electrolyte to avoid this problem, and also improves stability and has a larger charging capacity.

The company's co-founder and president, Brooks Kincaid, said: This battery combines the best features of thin-film lithium and printed batteries. The use of metal zinc can provide companies with production advantages. Due to the environmental stability of metal zinc, the company can be saved from the need to make protective equipment necessary for oxygen-sensitive lithium batteries.

"When it comes to limiting the development of new products, there are two things that bother me the most these days, one is the battery, and the other is the product display," said the vice president of the New Device Group. A catastrophic failure occurred while the ultra-thin zinc polymer battery remained stable. "

Recently, the company began researching a project funded by the U.S. military to develop batteries for sensors that monitor soldiers' health. Other potential applications include powering sensor smart tags that track food and packaging. 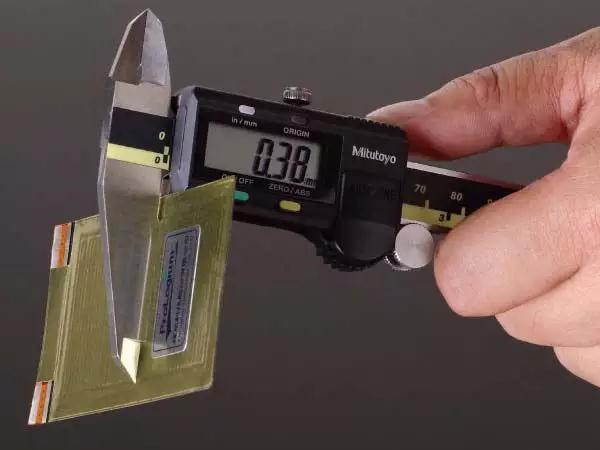 Unlike ordinary lithium batteries that use liquid / gel electrolytes, LCB uses a lithium-ceramic (Lithium-Ceramic) solid electrolyte, so there is no need to consider the problem of liquid leakage. The LCB will not catch fire, burn, or explode even if it is damaged by death, impact, puncture, or fire.

The main product of Huineng Technology from Taiwan is flexible all-solid-state batteries. FPC为基材的LCB，被称为：软板锂陶瓷电池（FLCB），是全球唯一可以持续自由弯曲的锂电池芯，厚度仅0．38mm；2、软包锂陶瓷电池（PLCB）是采用铝箔袋包装的LCB。 The following three types of LCB batteries are the production direction: 1. LCBs with flexible circuit board FPC as the base material are called: flexible board lithium ceramic batteries (FLCB), which is the only lithium battery cell in the world that can continue to bend freely. , The thickness is only 0.38mm; 2. The soft pack lithium ceramic battery (PLCB) is an LCB packed in aluminum foil bags. 3. LCB using lithium metal as the anode material is: high energy lithium ceramic battery (ELCB), with a volume energy density of up to 810Wh / L, which is still in the research and development stage.

As the only flexible mass-produced lithium ceramic battery produced by Huineng, it will be the next star of smart devices. Huineng Technology has spent 8 years developing solid-state lithium ceramic technology. With dynamic bending skills, it has become the world's only manufacturer of flexible flexible lithium ceramic batteries. Apple has taken the initiative to discuss cooperation, because this battery does not have to worry about active and dangerous actions such as cutting, piercing, and knocking, which will cause the battery to catch fire. It is ultra-thin only 0.38mm and can be flexed dynamically. The first roll-to-roll production model. 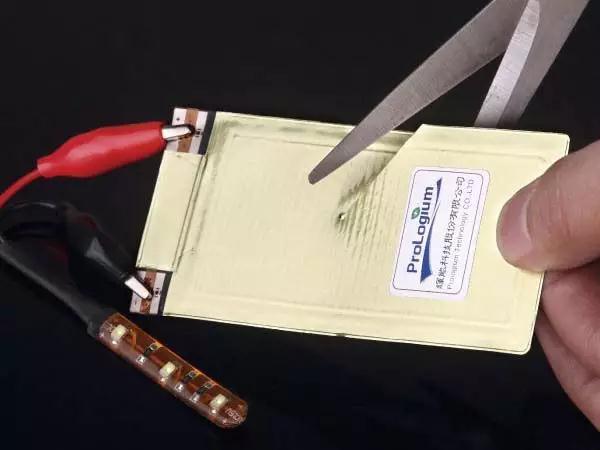 Recently, the research group of Researcher Song Yanlin of the Institute of Chemistry of the Chinese Academy of Sciences and Professor Chen Yiwang of Nanchang University have collaborated to greatly improve the photoelectric conversion efficiency and mechanical stability of flexible perovskite solar cells through a nano-assembly-printing method, making large-size flexible calcium The application of titanium ore solar cells to wearable devices has become more feasible, and it has also provided new ideas and methods for the development of a new generation of wearable electronic devices.

Compared with traditional power sources, metal perovskite solar cells have high photoelectric conversion efficiency, stable performance, and excellent bending resistance. They are an important breakthrough in flexible wearable devices and are expected to become ideal power sources for wearable electronic devices. However, the photoelectric conversion efficiency of the flexible device is large, the reproducibility is low, and the bending mechanical stability is poor, which limits the widespread application of perovskite solar cells.

However, solving the contradiction between the mechanical stability of brittle perovskite materials and flexible devices has become the key to improving the performance of flexible perovskite solar cells. Recently, researchers from the Research Institute of the Chinese Academy of Sciences have creatively prepared honeycomb-shaped micro-nano scaffolds through nano-assembly-printing methods, and used them as mechanical buffer layers and optical resonant cavities to greatly improve the photoelectric conversion of flexible perovskite solar cells Efficiency and mechanical stability.

When the device is in a bent state, the honeycomb nano-scaffold can effectively release the stress at the grain boundary of the perovskite, thereby improving the mechanical stability of the perovskite layer. With the introduction of honeycomb-shaped nano-scaffolds, the photoelectric conversion efficiency of a square centimeter of flexible perovskite solar cells can reach 12.32%.

的新突破，对印刷制造大尺寸高性能柔性可穿戴钙钛矿太阳能电池具有重要意义。 At the same time, this nano-assembly-printing method is a new breakthrough in the advanced manufacturing field of nano-green printing technology, and is of great significance for the printing and manufacturing of large-size and high-performance flexible wearable perovskite solar cells. 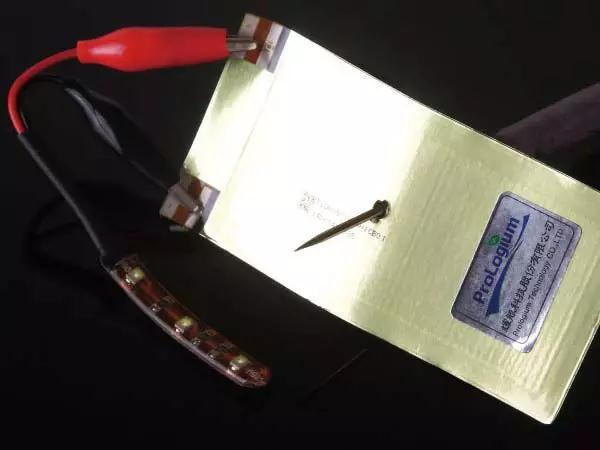 From a market perspective, in fact, many new technologies and new products are developed every day, but whether these products and technologies can be mass-produced and occupy a certain share in the market in the end, their costs, mass production, users Relevant issues such as heat and capital investment.

At present, the flexible power supply industry is developing vigorously and has a promising future. But it still has to go through a lot of ups and downs before the final mass production and market share. From the perspective of technology alone, the field of flexible batteries must coordinate with the development direction of related industries, coordinate with each other, strengthen communication, and interconnect with each other to truly make the industry bigger and stronger.

Today, bendable OLED screens have achieved milestone progress, and the technology will continue to mature. They have been recognized by the market, and bendability has become an inevitable trend in the development of screens. Secondly, in the field of flexible glass panels: Corning opened the situation with a flexible glass cover. At the same time, IBM has successfully developed flexible nano-scale circuits. In addition, the technology in the field of flexible power continues to mature, performance is constantly stable, products are continuously improved, and various industries cooperate with each other. New flexible electronic devices are no longer the products of science fiction movies, a fully flexible industrial chain is about to be formed, and a new era of fully flexible has arrived. . (Author: Li Nan)

Next Article: New Lithium-Ion Batteries Will Increase Cell Phone Power by More Than 30%

Closed on Saturdays and Sundays